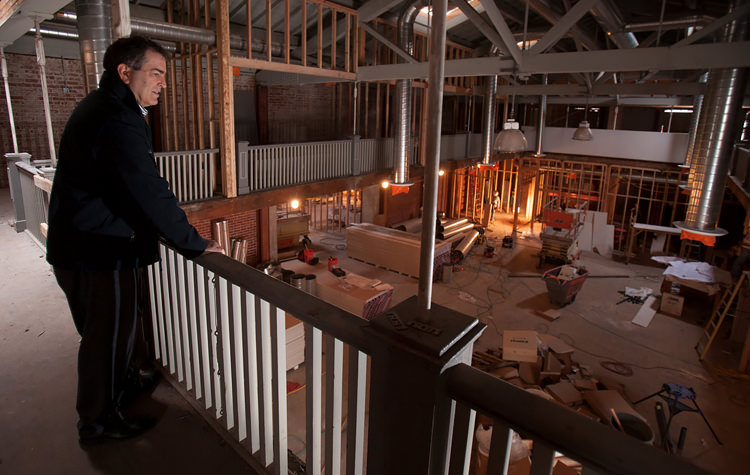 Another City by the Bay comes into its Own

But from grass-roots efforts to revitalize urban neighborhoods to nearly $2 billion in residential and commercial development forging ahead on the waterfront, Oakland seems to be coming into its own in the Bay Area.

For better or worse, the growth has earned Oakland the designation “Brooklyn of the West,” comparing it to the New York borough with its recent renaissance and emergence from Manhattan’s shadow.

“Oakland is becoming an increasingly attractive alternative to San Francisco,” said James Ellis, managing partner of Ellis Partners of San Francisco, which is developing Jack London Square, a $400 million mixed-use project on the Oakland Estuary. “People can still have a true urban environment rather than a manufactured one in the suburbs.”

The underpinnings for Oakland’s improving fortunes were set last decade through efforts to expand the urban population, and upon the renovation and reopening of the Fox Theater, a long-shuttered landmark, in 2009, observers say.

Developers of Jack London Square on the Oakland waterfront say leasing of retail space has been hindered by a lack of small-business funding. Credit Peter DaSilva for The New York Times
But spillover from San Francisco’s tech boom is providing the latest charge as companies and workers look for affordable space, said Jason Volpe, a senior vice president with Jones Lang LaSalle, the commercial real estate brokerage firm.

Downtown Oakland office landlords are asking around $29 a square foot annually, about half the rent for similar space in San Francisco, according to Jones Lang. And amenities nonexistent a few years ago are attracting millennials looking to set up residence. In turn, that is starting to attract employers.

“There are groups being priced out of San Francisco, and for a lot of reasons — access to transit being one and a central location in the Bay Area being another — Oakland is a natural fit,” said Mr. Volpe, who has lived and worked in the Oakland area for the last six years. “The concentration of what I would call highly desirable things to do from a commercial and entertainment standpoint — restaurants, bars, art galleries, live music venues — has done nothing but increase.”

Scott Stafford, a Strada principal, cited the tech boom and the City Center BART station as attractions — it’s an eight-minute ride to San Francisco’s business district. Accountants, engineers and others serving the technology industry have been among the first to seek more affordable space in Oakland, he added, and many of their employees already live in the East Bay.

Still, he expects the migration to eventually include more tech companies, which have been moving from Silicon Valley to San Francisco to be near young professionals.

Mr. Volpe and others are quick to point out that while perceptions about Oakland’s bad-boy reputation are changing, it’s still early in the process. And some developments that have been underway for a while still face hurdles because of a sluggish economy. In Jack London Square, filling a 62,000-square-foot market catering to entrepreneurial food operations and shops has been challenging because of a lack of small-business funding, Mr. Ellis said.

Among other blemishes, demonstrators like those associated with Occupy Oakland, which clashed with police during its downtown encampment in 2011, continue to hold occasional protests that generate unwanted attention.

Crime remains a problem, too. As of mid-November, the number of violent crimes in 2013 was up about 8 percent over the prior year, according to the Oakland Police Department. The department remains understaffed despite added efforts to train and hire more officers.

Still, the hurdles have failed to deter those with a vested interest in Oakland. In many neighborhoods, property owners have established community benefit districts, agreeing to pay additional assessments to fund services and improvements that the city cannot afford to address. Two districts in particular, the Downtown Oakland Association and Lake Merritt/Uptown Association, were founded in 2009 to clean up graffiti and enhance the neighborhoods.

The adjacent districts straddle Broadway and span roughly 35 square blocks from Eighth Street to 25th Street. Together they have fostered a cluster of art galleries, restaurants, shops and other businesses in hip, walkable neighborhoods. Managed jointly with a combined budget that was about $2 million in 2012, the districts have paid for security, landscaping, solar-powered trash and recycling stations, and a temporary pedestrian plaza, among other services and improvements.

By the end of this year, nearly 120 businesses will have moved into the districts over the last five years. Recent additions, like a law firm, Gordon & Rees, and a graphic designer, Minted.com, represent relocations or expansions from San Francisco.

Among other events, Oakland Art Murmur on the first Friday of each month draws thousands of patrons from around the Bay Area via the 19th Street BART station stop, said Deborah Boyer, president of the Lake Merritt/Uptown board.

Investors are focused on the districts, too. Signature Development Group of Oakland is undertaking a $50 million project uptown, converting six 90-year-old industrial buildings into The Hive. It will comprise 104 apartments and 100,000 square feet of incubator space, offices, retail space and restaurants surrounding a courtyard, said Paul Nieto, senior vice president for development with Signature.

Signature developed an eight-story condominium and retail building nearby at Broadway and Grand Avenue in 2008.

“Broadway and Grand is the hub of this area, and we’re smack in the middle of it,” Mr. Nieto said. “We’ve started to get restaurants and retail, and residents are patronizing them. It’s an environment where there is finally a ‘there’ there in Oakland.”

Farther south on the Oakland Estuary, Signature and its development partner, Reynolds & Brown of Concord, Calif., are about to begin work on Brooklyn Basin, a $1.5 billion development on 65 acres. Plans call for 3,100 residential units, 200,000 square feet of commercial space, marinas, and 30 acres of recreational space and parkland.

In planning for more than a decade, Brooklyn Basin was delayed by legal challenges and the recession. In June, however, the developers teamed with Zarsion Holdings of Beijing and bought the land for $18 million. Mr. Nieto said that construction on the first buildings would very likely begin in early 2015 after several months of site preparation.

Directly to the northwest, Ellis Partners in November proposed to build 665 housing units in two towers in Jack London Square, which is on the author’s boyhood stomping ground. Economic turbulence has also slowed that development. To date, Ellis Partners and its partner, Divco West of San Francisco, have completed nearly half of the project — some 430,000 square feet of office, retailing, lodging and entertainment space, said Mr. Ellis of Ellis Partners.

Jack London Square has attracted cutting edge companies like Sungevity, a lessor of solar energy panels to households, which has helped absorb more than 90 percent of the development’s office space. While leasing retail space remains tough, Mr. Ellis wants to avoid settling for national chains and is comfortable taking the time to get the “right mix” of tenants, a strategy that he has employed throughout the project.

“Our focus has always been to avoid making Jack London Square just another mall with the usual suspects for tenants,” he said. “We want to make it a unique, only-in-Oakland experience.”