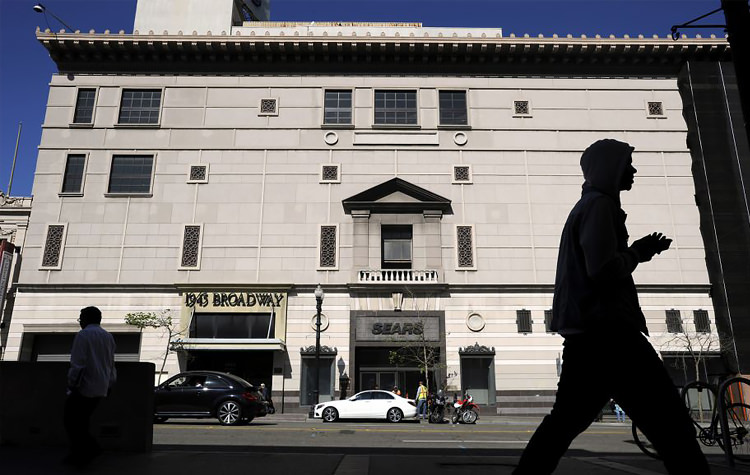 Now it’s the barometer for an economic boom.

Developer Lane Partners of Menlo Park is transforming the 400,000-square-foot structure into an office and retail complex with a specialty market on its ground floor — the kind of upscale place being counted on to attract gastronomes, techies and 9-to-5ers.

The newly renamed Uptown Station will sit atop the 19th Street BART Station and next to the Bus Rapid Transit line that snakes from downtown Oakland to the San Leandro border. Its suggestive new name shows the direction Lane Partners wants this area — and the city — to go.

Uptown Station’s anchor tenant — an indoor market, flower shop and butchery called Newberry Market & Deli — is expected to help shape the building’s character when it opens in fall of 2016 as the only culinary hall in downtown Oakland. A half-dozen restaurants have moved into nearby Swan’s Market in Old Oakland over the past few years, and Water Street Market is expected to open in Jack London Square next year.

“It’ll be more innovative than rows upon rows of grocery store items,” said Ann Thai, owner of Newberry, who conceived of the idea with business partner Loren Goodwin.

Thai and her partner were groomed in the food and hospitality industries, and both want to participate in the transformation of Oakland, while preserving the history of the downtown corridor.

With that in mind, they named their new business after J.J. Newberry, a five-and-dime store that sat around the corner. It’s a nod to the past in something that represents the future.

Oakland didn’t always have a sterile downtown, said Rachel Flynn, director of the city’s Planning and Building Department. In fact, the current wave of development resembles one from early in the 20th century, when Oakland, with its bustling street-car system, was a hub for regional department stores.

That changed in the 1960s, Flynn said, as automobiles displaced urban trolleys, and families moved to the suburbs. People began shopping at malls in Walnut Creek rather than at the Emporium-Capwell on Broadway. Sears replaced Emporium-Capwell in 1996.

After several bleak decades, the area finally picked up again in the early 2000s, when then-Mayor Jerry Brown announced plans to bring 10,000 new residents into the downtown area. Housing developments cropped up along the Broadway spine and the Jack London Square waterfront, and new middle-class residents moved in to escape rising housing costs in San Francisco.